All entertainment is located in Food Court Building unless otherwise noted. 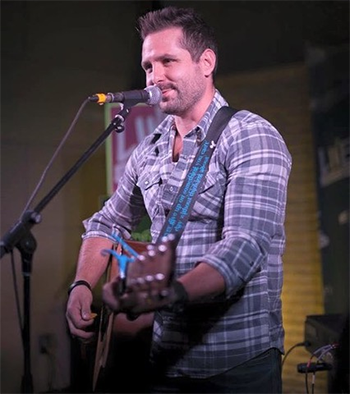 Portland-based artist Nate Botsford’s hybrid style is a lifetime in the making and the backbone of his latest release, “Hourglass.” He began playing piano at age 5, but the Taylor acoustic guitar give to him by his dad at age 14 became the instrument that has accompanied him everywhere and helped to lay the foundation for his musical career. He has done up to 300 shows a year for the last 5 years, from coffeehouses to main stages. He’s shared the state with the likes of Eric Hutchinson, Barenaked Ladies, James Bay, Ingrid Michaelson and Lucas Graham. His influences include Johnny Cash, Bob Dylan, Van Morrison and his big-band pianist grandfather. His songs had had regular radio play and won numerous awards including the 2015 Project Aloft national songwriting contest judged by industry professionals. His dream is to share his music with a wider national audience and to leave listeners a lasting impression of singable melodies and lyrics. Nate’s music can be found on iTunes, Amazon and CD Baby. www.natebotsfordmusic.com

1- 4 pm: The Steve Hale Duo
1 - 3 pm: Beadhead (playing at Cider Fest)
Beadhead plays a wide range of fun music from Tropical Rock, 80s classics to rock and soul favorites of Hall & Oates and Michael Jackson. The bands is comprised of singer, Margaret Linn, who has backed Michael McDonald, Rick Springfield and NuShooz; guitarist, Mike Suffin, who has played with headliners like Eddie Money; drummer Jay Lundell of the Cascade Blues Hall of Fame; Dave Rosenberg, veteran of the Nashville music scene and the most “in-demand” bass player in Portland; and Steve Karakas, keyboard, guitar and vocals who has been a part of the Portland music landscape since the 80s.

11 am – Noon: Los Colores de America Latino Orchestra Program
The orchestra brings the concept of the diversity of America as a Continent through music. This program will embrace different musical projects doing community performances educating, inspiring children, youth and adults about the importance of diversity, unity and respect through music. 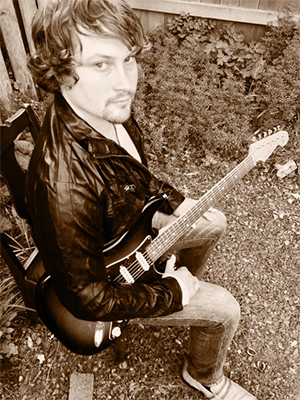 Born and raised in Oregon, singer-songwriter Mikael began his career at a singing and playing weekly with his band at the local coffee houses and venues. His music has drawn comparisons to artists like John Mayer, James Taylor, and Jack Johnson. With hints of soul and blues driven guitar riffs, he adds vivid story telling to create a compelling performance. Mikael seeks to inspire and encourage others through his songs and performances which have taken him to stages such as the House of Blues, Clackamas County Fair, South Pasadena Eclectic Festival and Cherry Fest NW. He has released several albums and singles, and has been featured on KINK 101.9, Krush 92.5 and Pandora. Most recently his song “Away from Here” was featured on the final scene during the season finale of “The Bachelor" on ABC. A few weeks later “Your Love” was also played during the season final of “Temptation Island” on USA. You can find his music streaming on Spotify, Pandora, or Apple Music or visit www.mikaelpederson.com

Giant Pumpkin Drop (1 pm)
A pumpkin weighing over 1,000 lbs will fall from the sky!

11 am – Noon: KAPA Dance
Karla Koch, owner of KAPA Dance Music & Theater in Mollala, has been in the performing arts field since 1974 and teaching since 1981. She has taken master classes with instructors throughout the US and Canada and has worked with some of today’s greatest choreographers. Karla graduated from Academy One Modeling, attended the American Academy of Dramatic Arts in Pasadena CA, and Portland State University majoring in Business Marketing with a minor in Dance. With a vast resume’ of other accomplishments and affiliations, Karla has brought affordable dance and theater passion to her Mollala studio. 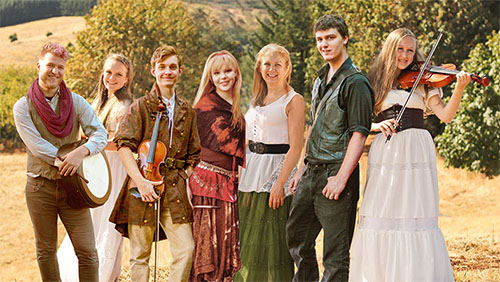 Possibly Irish formed in 2015 when Susan Vaslev, director of theatre at Enchanted Forest, was late to warm-ups one morning. She asked what other members had been doing to warm up and was told they had been singing Irish songs. Susan, who had just returned from Ireland, immediately said they should start a band to perform in the park. Within a few days, the band was formed with those theatre members of the theatre. One member brought on her little sister to play fiddle, and the group became complete.

12 – 2 pm: Possibly Irish
3 – 5 pm: The Steve Hale Duo
A singer/songwriter with a soul edge in the tradition of Bruno Mars, Daryl Hall, Marvin Gaye and Bill Withers. Melody is woven deeply into the chordal fabric of the songs, making the music rich, sultry, glowing and delicious.

11 - 11:30 am: Innovative Dance
Molly Kaleikilo opened Innovative Dance in 1998 in Wilsonville. Since then, Innovative has been a place where students of all ages and abilities can learn and share in Molly’s love for dance. It is her goal to give every student a quality dance education, from the recreational to the serious dancer. Innovative Dance provides an exciting and fun learning environment for ages 3 through adult. The professionally trained staff is dedicated to teaching and providing each student with the best possible instruction in Tap, Jazz, Ballet, Hip Hop, Lyrical Jazz and Acrobatics. There are classes for the beginner and the student interested in competitive dance.

12 - 12:30 pm: Lotus Dance
Marci Haney hails from San Antonio, TX where she attended a dance competition in 1988 and was selected as Miss American Dance Team out of 300 hundred soloists. She continued her dance career by auditioning to perform with the Guadalupe Dance Company where she was offered a job touring the country. She moved to Salem in 2004 and started “The Studio” in 2006. She joined the Courthouse Athletic Club to make a permanent home for her studio. In addition to her 35 years of experience, she is also a multi-certified yoga instructor and strives to bring enjoyment through her own love of dance while inspiring students to reach their potential. 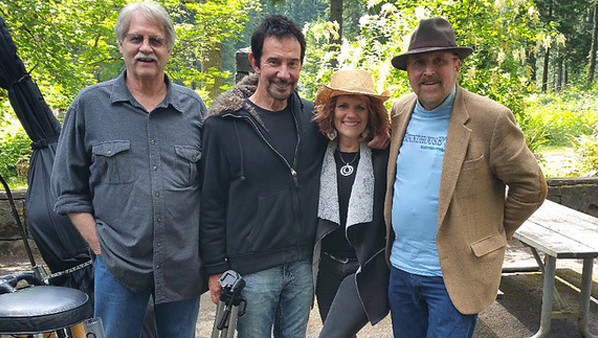 Roundhouse performs music from a variety of genres using bluegrass instrumentation; bass, guitar, mandolin, and banjo. Duet, trio and quartet harmonies are integral to the Roundhouse sound; working out interesting and unique arrangements are of special interest to the band members. Bluegrass, folk, southern and classic rock, a cappella, gospel, country, blazing instrumentals and original compositions all appear in the band and repertoire!